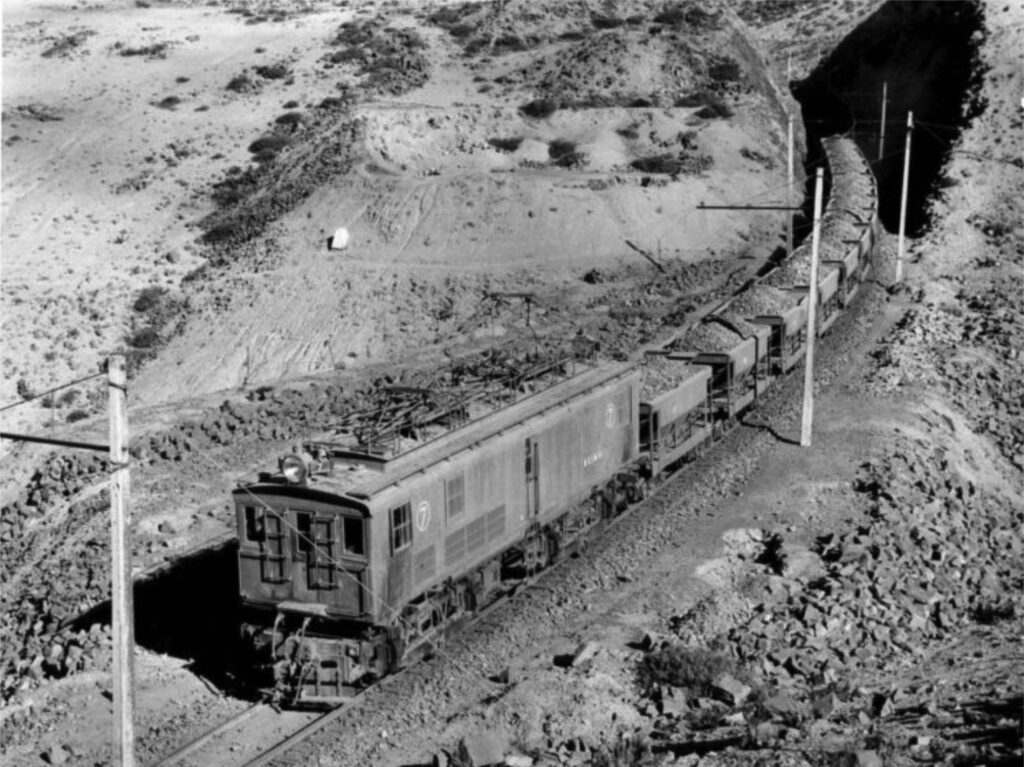 1918 – The first industrial electric railroad in South America began operations in 1918. At the time, its energy efficiency was a noteworthy technological development that was mentioned in various engineering and mining publications around the world. 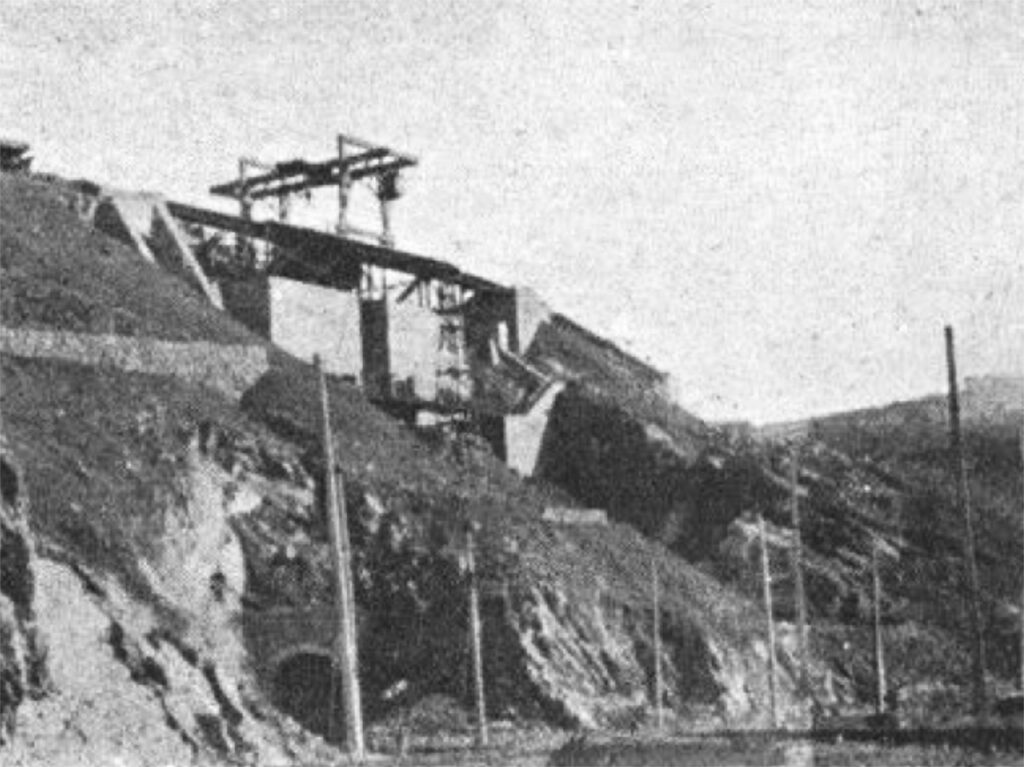 1930 – The process of loading the rail cars that transported ore from El Tofo to the Cruz Grande basin dock consisted of filling each car by gravity through a load out bin and chute. 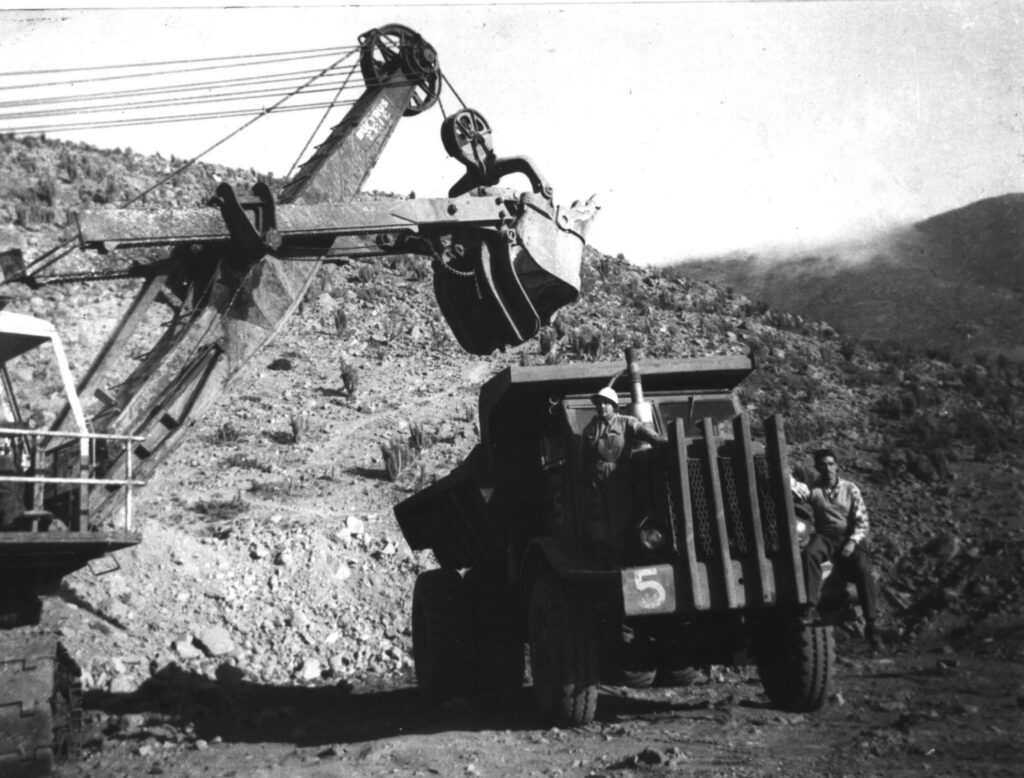 1950 – The electric locomotives used to transport ore inside the mine were replaced by Euclid brand dump trucks, allowing improved mobility and quicker access to the ore pit face. 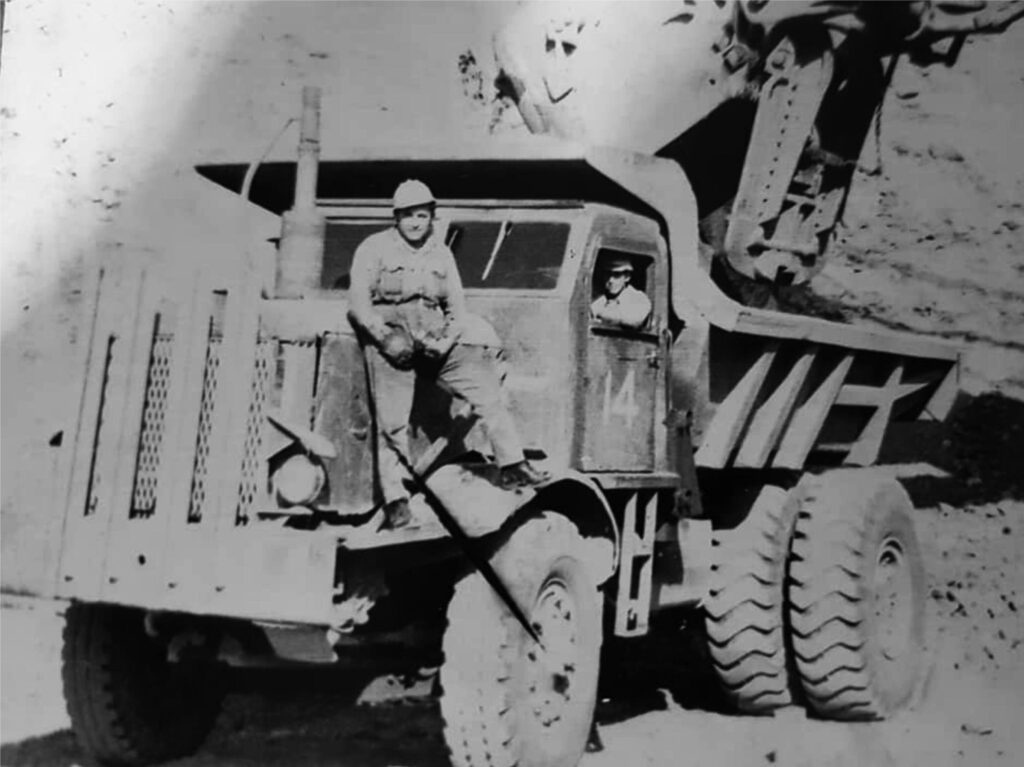 1947 – Euclid 18-ton dump trucks were shipped from the US to the Cruz Grande port, arriving in El Tofo in 1947. El Tofo was the first site in Chile to use this type of truck, marking an important milestone in the Chilean mining industry. 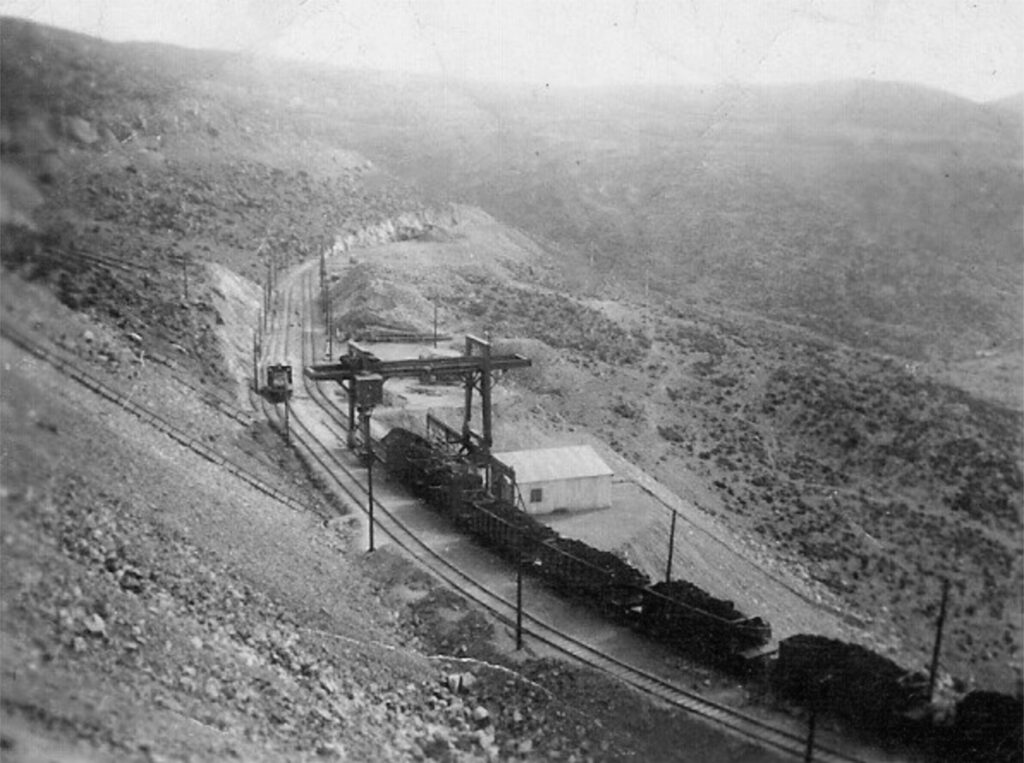 1950 – The railroad that operated in the open mine pit stopped to weigh the ore on its way to the larger railroad’s loading area in order to statistically monitor total production. 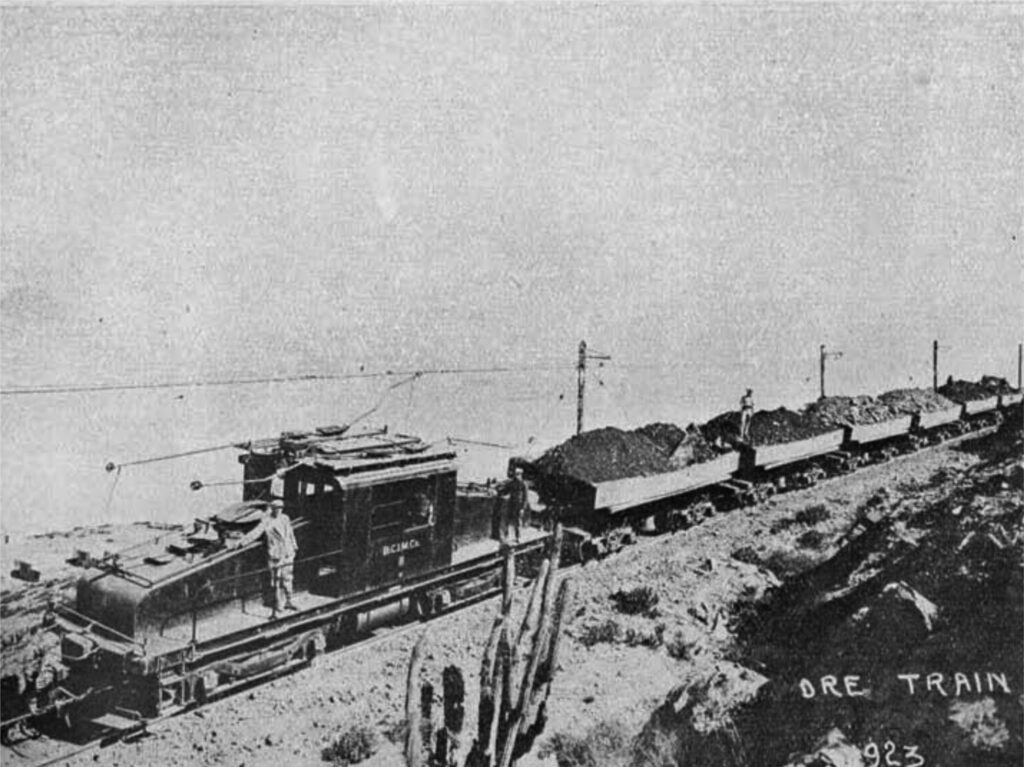 1940 – The model 60T locomotives transported the ore using two to four side dump cars. The train traveled on a 1.43 gauge on an average gradient of 2%. 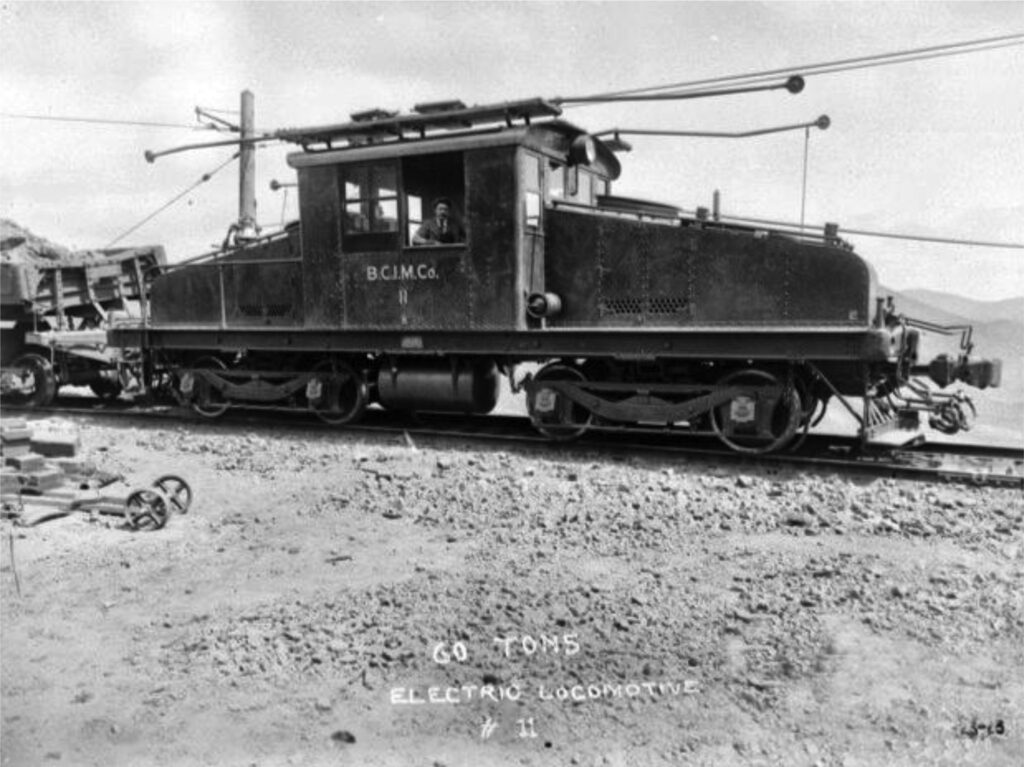 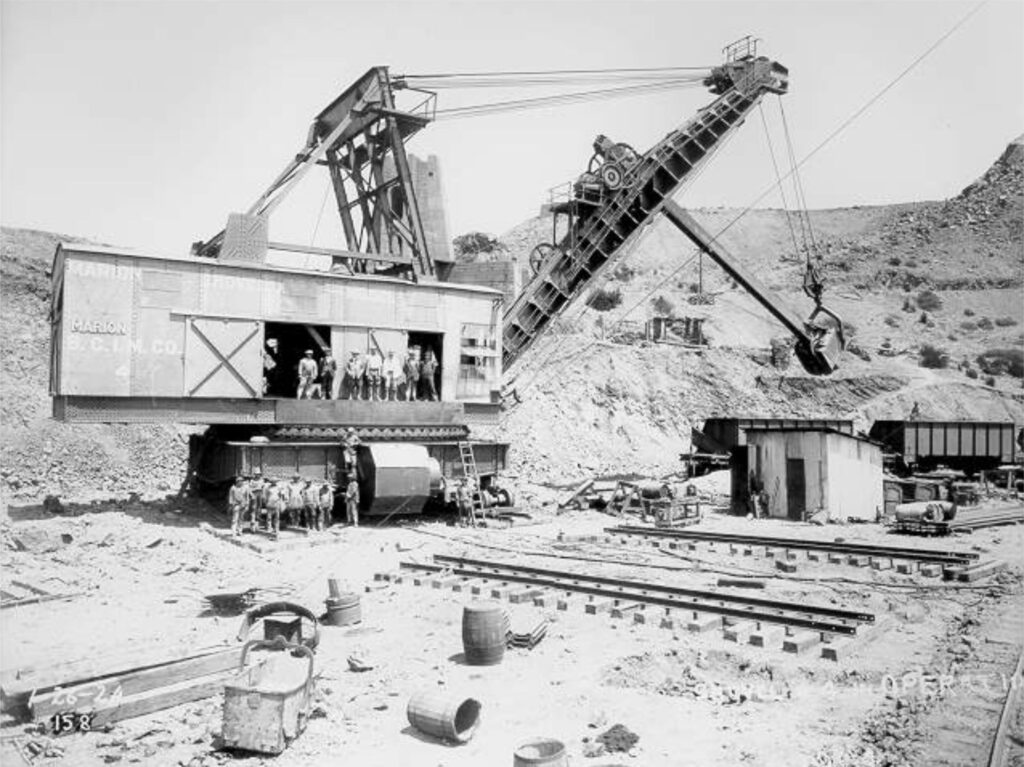 1924 – The first Marion 350 shovel arrived at the El Tofo site in 1924. The assembly and start-up of this imposing mining machine was carried out entirely in the mine by Chilean workers under the supervision of US employees. This shovel became an icon of El Tofo’s mining operation. 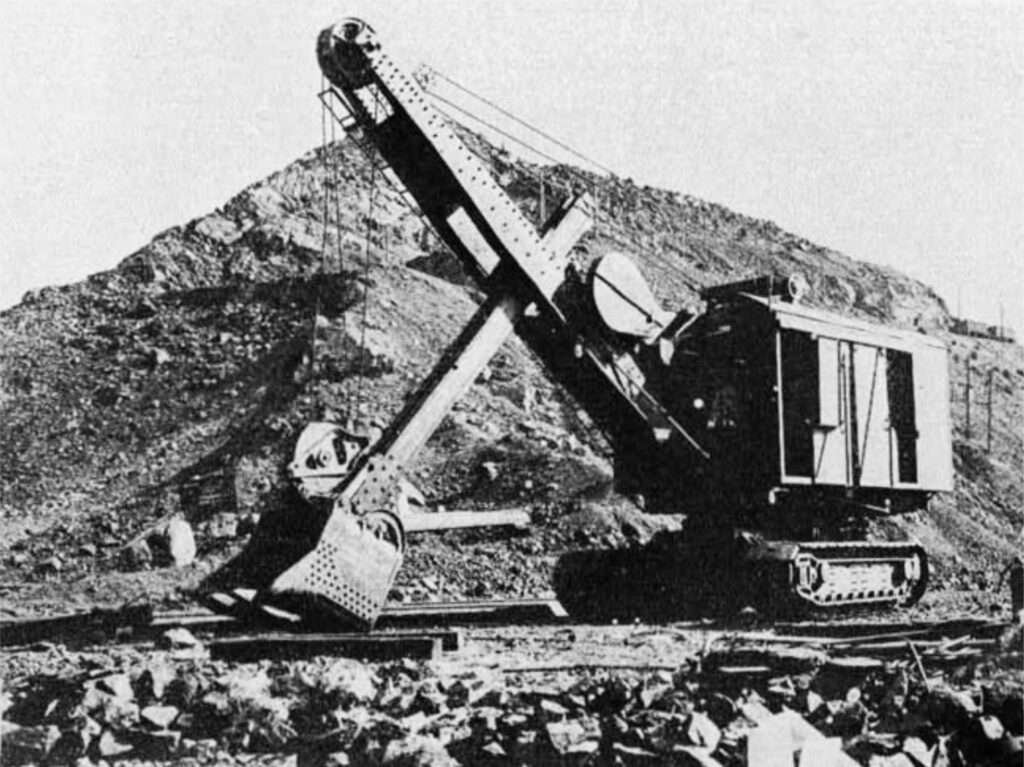 1914 – For its operations in the nascent El Tofo mine, Bethlehem Steel acquired five extraction shovels, two of them with caterpillar track and another three mounted on rails that operated as the pit face advanced.